The Prophet Brought About Positive Change

Prophet Muhammad (peace be upon him) changed the people’s beliefs, their behavior, their customs, and their social norms, and he did so by convincing them with kindness and gentle persuasion. He did not force people to agree with him. He did not resort to a show of strength

The greatest, most profound change in history happened peacefully.

Nevertheless, it was truly decisive.

Prophet Muhammad (peace be upon him) changed the people’s beliefs, their behavior, their customs, and their social norms, and he did so by convincing them with kindness and gentle persuasion. He did not force people to agree with him. He did not resort to a show of strength except when absolutely necessary to protect his people.

For the first thirteen years of his mission, he lived in Makkah in a state of abject weakness, persecuted by his countrymen. After he emigrated to Madinah, his focus was on building and safeguarding his community. If we consider the landmark events of the Madani era, we find that the battle of Badr was not pre-planned; the battle of Uhud was purely defensive as was the Battle of the Confederate tribes.

The peace treaty of Hudaybiyah that the Prophet entered into with the Makkans was seen by many of the Muslims to be a humiliation for Islam, but the Prophet knew better.  Then, when the Muslims finally entered Makkah in victory, they did so peacefully. They took the city without fighting or bloodshed. Then the Prophet (peace be upon him) stood among the Makkans, who feared reprisals for the years of persecution they had meted out to the Muslims, and he said:

“You may go as you please, for you are free.” (Authenticated by Al-Albani)

He restored to the weak and granted their rights, manumitted slaves, elevated the status of the people, and did away with oppressive practices against women. He likewise did away with the exploitative practices, pomp and influence of the city’s despots with the minimum of hardship for all parties concerned.

It is impressive how the Prophet rid Arabian society of the many deep-rooted and pernicious customs that they had during the times of ignorance. He was able to bring about a new mindset, freed from the rote, blind following of ancestral traditions. He made the people aware of the falsehood of their former customs, so this awareness could protect them from lapsing back into such modes of thought.

In this way, the Prophet brought them out of the darkness of superstition, fortune-telling and divination. He dispelled their wantonness and sexual exploitation. He did away with their tribal boasting and rivalries. He rid their hearts of racism. When his own companion Abu Dharr betrayed racist tendencies, he did not hesitate to tell him:

“You are indeed a man possessed of some habits from the times of ignorance.” (Muslim, 4092)

He never compromised on polytheism. He opposed it absolutely, regardless of the sacrifices and hardships this meant for him. He stove to dismantle polytheism in the minds and hearts of the people and bring them to monotheism. Nevertheless, when he went to Makkah after the Treaty of Hudaybiyah to perform the Umrah (minor pilgrimage), there were three hundred and sixty idols around the Ka`bah. He did not destroy the idols or interfere with them in any way.

What would have been the point?

It is easy for people to recreate their idols as long as they believe in them. The only permanent way to dismantle them is to dismantle them in the people’s hearts and minds. Only after he entered Makkah as their leader, after the people entered into Islam in droves, did he remove the idols from the Ka`bah, restoring it as a place of worship for Allah alone. At this time, a great majority of the people had been convinced of the falsehood of idol worship. Indeed, one of the Makkan leaders commented:

“Had they been of any worth, they would not have forsaken us.”

The Prophet (peace be upon him) was an example of patience in how he coexisted with the pagans in Makkah, and in the fortitude he showed by responding gently and with an open heart to them, in spite of their abuses and hostility towards him and towards the men and women who chose to follow him.

Then, after the emigration to Madinah, he lived alongside the Jews and the pagans from the local tribes, not to mention the hypocrites who concealed their animosity towards Islam and the Muslims who were weak in faith. These people were still in Madinah at the time of the Prophet’s death. The chapter of the Quran entitled al-Hujurat, which addresses those who were being ill-mannered towards the Prophet and using spiteful names, was revealed in the ninth year after the emigration. One of its final verses reads:

{The Bedouins say: “We have believed.” Say [to them]: “You have not [yet] believed; but say [instead], ‘We have submitted’, for faith has not yet entered your hearts. And if you obey Allah and His Messenger, He will not deprive you from your deeds of anything. Indeed, Allah is Forgiving and Merciful.} (49: 14)

This is the basis of coexistence, to realize that your own welfare and that of other people can be realized together.  In this way, the Prophet gave a practical lesson for future generations. Madinah, the first capital of Islam, had this diversity within it. In this way, the people could learn how to call others to Islam and how to conduct themselves in a society where they live with people of other faiths as fellow citizens.

During the many eras of Islamic rule throughout history, the rights of the various religious communities and denominations were upheld and protected within the context of a strong social fabric. They were not forced to change their religion or their denominational affiliation.

The Muslims continued to engage them in polite debate and discussion.  This social fabric can be torn apart by conflicts spurred on by political interests who instigate the ignorant people and play on their prejudices. When this happens, when neighbor turns against neighbor, people abandon our Prophet’s teachings which stress neighborly rights even with those you disagree with.

At times of conflict, people behave irrationally and suspiciously. Sensible people know that this state of affairs is temporary and can – must – be surmounted. People can settle back into living together in peace and cooperation for their mutual wellbeing.  This is why `Amr ibn al-`As praised the Roman people for being:

“the quickest people to recover from a crisis.”

He was referring to an aspect of their cultural mindset that allowed them to get past the times of strife and war and return to a productive state of dialogue and cooperation. This is what we see in Europe after the two world wars. The European people pulled themselves together and ultimately created the European common market, and ultimately the European Union with all of its impressive institutions.

By contrast, we find some Arab tribes holding on to their ancient feuds, passing the animosity down from one generation to the next, keeping them alive through their legends and poems as if the conflict began only yesterday.  These tensions can sometimes take on a sectarian or partisan character, spurred on by political rhetoric and ideology.

We see this among both Islamist and secular factions, which shows that the particular ideology in the political theatre did not succeed in disciplining this trend, but instead channeled it one way or another. 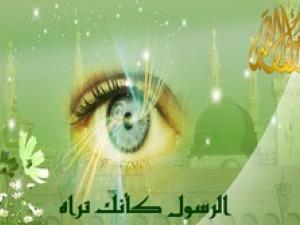