By Allah, Islam will prevail

Some of the sincere sought it may be the end and the Islamic project is failing and the masses of the vile band will overcome the righteous. Some found these sad feelings, so they hurried to the Prophet Muhammad (PBUH) to raise his hands to Allah invoking Him to grant them victory. Khabab ibn Al-Arat, who severely tortured by the polytheists of Quraish until his back became full of holes as a result of being burnt by fire, talked to the prophet on behalf of the rest of the companions.

What was the Prophet's reaction to that?

The prophet's reaction is our message to those earnestly willing to apply the teachings of Islam.
Narrated Khabbab bin Al-Arat: We complained to Allah's Apostle (of the persecution inflicted on us by the infidels) while he was sitting in the shade of the Ka`ba, leaning over his Burd (i.e. covering sheet). We said to him, "Would you seek help for us? Would you pray to Allah for us?" He said, "Among the nations before you a (believing) man would be put in a ditch that was dug for him, and a saw would be put over his head and he would be cut into two pieces; yet that (torture) would not make him give up his religion. His body would be combed with iron combs that would remove his flesh from the bones and nerves, yet that would not make him abandon his religion. By Allah, this religion (i.e. Islam) will prevail till a traveler from Sana (in Yemen) to Hadrarmaut will fear none but Allah, or a wolf as regards his sheep, but you (people) are hasty.

The prophet's reaction presents plain messages explore the nature and features of the route;

Message One: the vile people would continue plotting the faithful even if it is plain for them the message and the noble manners of the faithful. There is ever a great man like the Prophet Muhammad, the truthful, and there is ever generations like the companions of the Prophet by their noble manners. Yet; this has not made the vile group refrain from launching a stark and unjustifiable offense against the faithful. They sought frivolous arguments claiming that they only did that backing the right and preserving the national fabric. This religion, as they claimed, sows dissension among people of Mecca, thus the faithful must be repressed.

When we see this rude position against the prophet Muhammad and the faithful, we should not be astonished for how they approach the followers of the Prophet Muhammad. This is an established way of Allah Almighty.

Message Two: another narration for the previous Hadith cited in Al-Bukhari, Khabab described the Prophet on giving reply to him as; (the Prophet sat down and his cheeks or his Face became red). This is a sign of anger from the Prophet Muhammad. Some may wonder why the Prophet became angry from the request of Khabab who asked only for prayer to Allah. The Prophet became angry just because he saw a frustrated Khabab, which should not be for the faithful, since Allah Almighty says: ("And who despairs of the mercy of his Lord except for those astray?").

This is a message to the faithful over history that to feel frustration in any stage of da`wah is a matter angers the Prophet Muhammad and accordingly Allah Almighty. It is not for a Muslim to let frustration creeps into him.

In this message, I ask readers to review the late and far history to realize the truth. The examples in the far history are too many that no space to numerate in this article, while the late history, all of us experienced it. Our crisis before was thousand times harder than this time. Our crisis at the time of Mubarak's regime and his aides was harder than what we encounter currently. Let's recall when we were hindered from voting by thugs, the plain falsification for polls, the puppet and military courts, state security through its torture and humiliation.

Also, our crisis was harder during the first 18 days of uprising, prior to deposing Mubarak, when we were not quite sure what would befall us if our uprising was suppressed. Our crisis worsened further during the feeble feast of security where lots of Egyptians lost their lives, and the events of Port Said Stadium. Also, our crisis was harder when media launched fierce attack on the Islamic movement as a whole when they decided to stand for the presidential elections. I call you to remind the forged questionnaires, bias rumors, and figures mocked Islam and Islamists.

We experienced all that. What then happened?! Allah has revealed His absolute power for us and that he is all aware and saved us from all these crises stronger than we already are. It was beyond our dreams. It has been proven for us with the clear evidence that our human predictions are in someway, but the planning of Allah, Lord of the worlds, the Dominant and Almighty, is in another for our advantage.

When we ponder over the late and far history, it is proven that Allah relieves the distressed and grants victory for the weak small party in a way never expected by our own guess. Granting victory for the faithful is one of the signs of Allah, Almighty and evidence to His divinity; thus it must be complemented.

Message Four: the Prophet Muhammad unequivocally stressed that Allah will complete it, meaning Islam. It is not only for Da`wah, but empowering to the earth, to the extent a traveler from Sana (in Yemen) to Hadrarmaut will fear none but Allah, or a wolf as regards his sheep. The Prophet swore by Allah on saying that and confirmed it with many linguistic intensives.

By Allah, O Egyptians whom the Prophet commended! Allah will complete this matter, meaning Islam, safety will be spread over our country, and Islam teachings will be applied in its precise details.

Message Five: though this wish of empowering Islam is great, the Prophetic instruction is not to be hasty. Allah, Almighty has His own wisdom when delaying it. He (Glorified and Exalted) is able to grant victory on the faithful and disclose the corrupters with "Be, and it is", yet; Allah delays it for a certain time. Muslims being hasty may reflect incertitude, impatience or signs of frustration. This is all a serious and rejected, thus; the Prophet says: (One of you may have his supplication granted unless he is hasty, that is to say: I supplicated to Allah many times but no way).

More appropriate for Muslims to work collectively and seriously, even if the incidents are discouraging or indicating the superiority of the vile group over the faithful. Undoubtedly, Allah will grant victory to the faithful whenever and however He wills.

This optimistic attitude is not a unique one over the life of the Messenger of Allah, it is recurring. It was clear during years he spent in Mecca and how its people wronged him, when coming back from At-Taif and when migrated to Median leaving his home, family and wealth. It was also obvious when turmoil afflicted his nascent state, battle of Uhud, Al-Ahzab siege, fighting the Romans, those hypocrites who spread rumors in al-Madinah and many others.

It is the established way of Allah. Whatever pain was, it is ended. Whatever oppression prevailed, time of justice is imminent. Dawn comes only after a deep-black night.
These are not dreams of a philosopher or wishes of reformer; rather it is the promise of Allah, the Lord of Worlds.

Allah, Almighty says: ([They continued] until, when the messengers despaired and were certain that they had been denied, there came to them Our victory, and whoever We willed was saved. And Our punishment cannot be repelled from the people who are criminals.), Yusuf, 110

I ask Allah to grant dignity to Islam and Muslims. 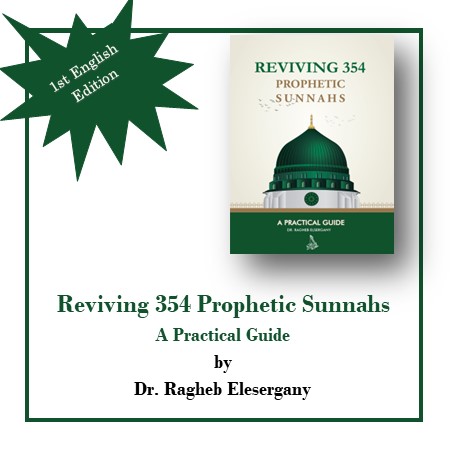 Does Islam encourage hostility to Christians?